Wetlands serve as critical green infrastructure for mitigating flood hazards and improving water quality. They store flood waters, trap sediment, filter nutrients, and sequester large amounts of carbon in addition to providing habitat for wildlife. Their boundaries are determined by the presence of water, hydric soils and/or plants adapted to living in wetlands.

The Indiana portion of the St. Joseph River Basin has lost over 70% of its historic wetlands as a result of filling and drainage practices. Depending on their size, and connection to waters of the U.S., some wetlands became regulated by the federal government as part of the Clean Water Act. Recognizing that smaller and more isolated wetlands still serve important functions, the State of Indiana passed its own wetland regulations in 2003 to address areas that lacked federal protection.

In 2022, the General Assembly passed legislation that reduced state wetland protections, but authorized the creation of a Wetlands Task Force to study wetland regulation and make recommendations. The SJRBC was one of 14 agencies and organizations represented. Their final report was approved on September 14th, 2022 and is available here. 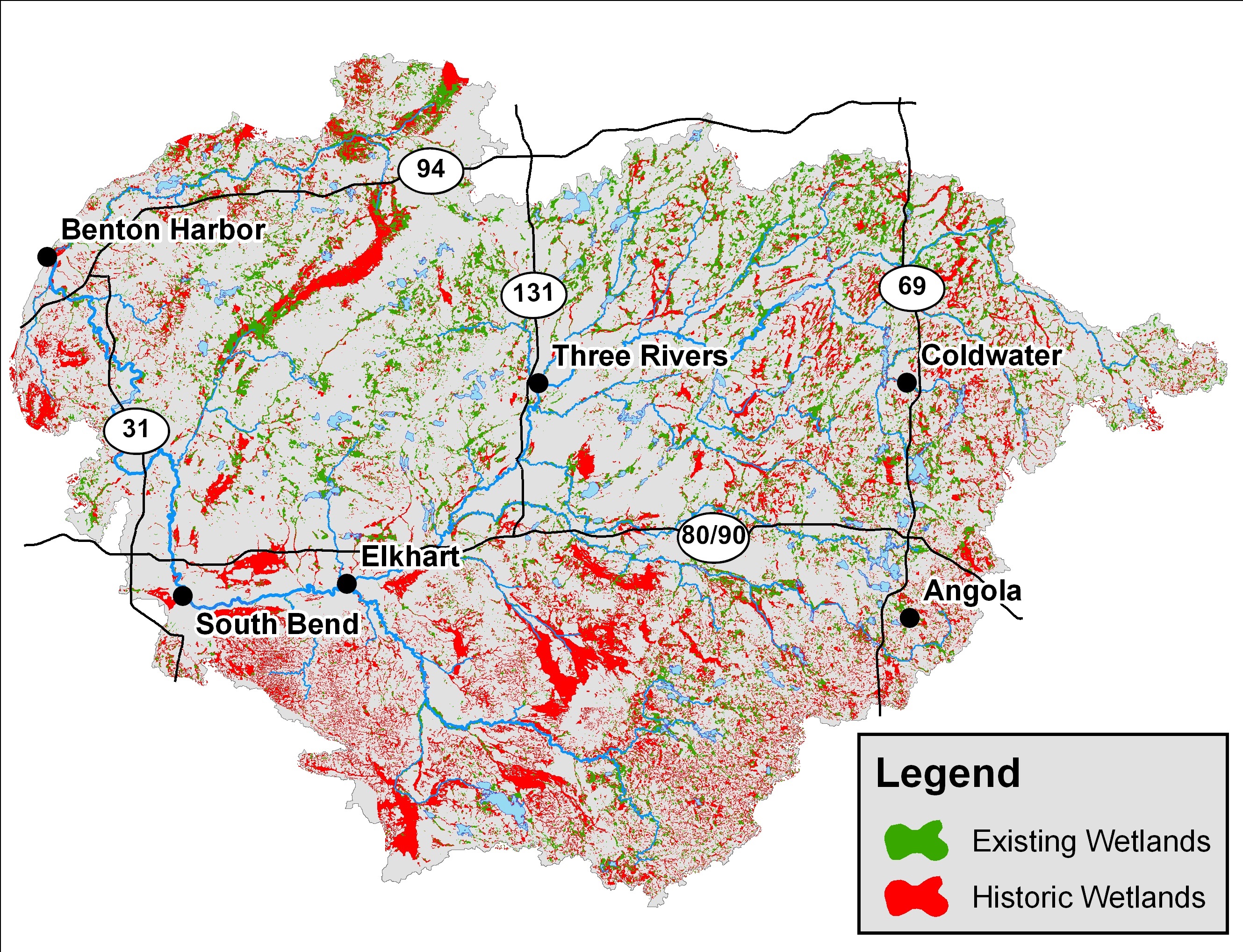